Solo, I thought relativistic energies would be too much of a good thing for polywell electron injection, but when I think "polywell electrons" and add "relativistic," I next think about the air-propellant cruiser/SSTO Dr. Bussard envisioned years ago. The operative phrase there is "relativistic electron beam." Sadly, this new technique may have too low an efficiency for this purpose.
"Aqaba! By Land!" T. E. Lawrence

Solo, I'm unsure of your calculation. Are you using electron gyro radius or electron gyroradius. Cusp confinement at Wiffleball conditions is proportional to the species gyroradius and is generally considered as unacceptable if the ions gyroradius is the limiting factor. If ions are leaking at a higher rate they will pull electrons with them to some degree- quasi neutrality and bipolar flows considerations. In Mini- B there was no mention of any significant potential well formation. The density of hot electrons from the injection of 7000 eV e- gun was insufficient. As such there would be little electrostatic confinement of ions so the ion gyro radius was possibly the limiting factor in the machine when the higher Beta was reached. I'm unsure how that effected the enhanced hot electron confinement, but I suppose that it would leave much room for improvement in a machine designed/ capable of developing a deep potential well.

I hope polywells get a slice of this money:

And the other fusion candidates, too!
"Aqaba! By Land!" T. E. Lawrence

I hope it's a different guy at the Patent office than the one Nebel had to put up with.
CHoff
Top

The title of the patent is METHOD AND APPARATUS OF CONFINING HIGH ENERGY CHARGED PARTICLES IN MAGNETIC CUSP CONFIGURATION, however the abstract specifically mentions that the confinement is for fusion: "The electron injector produces a plasma potential well within the reaction chamber to confine ions and accelerates ions to fusion relevant energies within the reaction chamber."

So the claim is not just for a novel plasma apparatus, but that it is intended to go for fusion. That's pretty assertive language for the normally cautious Dr. Park, especially as the latest machine was not intended to come anywhere near fusion condition, but was just to study electron confinement.
Top

Whats the major difference between EMC2's patent and this one?
Top

One of the listed "Inventors" is https://www.linkedin.com/in/sieck

He has a company listed called "Fusion One"


"F1-A
THE FUSION ONE POLYWELL REACTOR
FUSION ONE HAS MADE A NUMBER OF DESIGN ADVANCEMENTS TO THE POLYWELL RESULTING IN A NEXT-GENERATION REACTOR CAPABLE OF ACHIEVING HIGH RATES OF FUSION ENERGY. F1-A WILL PAVE THE WAY TO LARGER SCALE DESIGNS CAPABLE OF BREAKEVEN ENERGY AND ULTIMATELY NET GAIN FOR COMMERCIAL USE.

Quite a bold statement!
A society of dogmas is a dead society.
Top

Well I'll be damned, they finally got around to building an actual demo reactor. Looks like 2015 was spent securing funding and getting the required engineering talent together to actually build a working fusion reactor. Would also explain the lack of public information, they had to make sure they were ready before pulling the trigger.

Here's to a successful future gents

The "Reactor" section of the website says construction starts in 2016. There's no specific information about the reactor, other than it is "confidential".
Top

I wonder if they shouldn't drop calling it F1, or they will spend all their money on a legal battle with FIA which probably has the acronym as a trademark for Formula One. 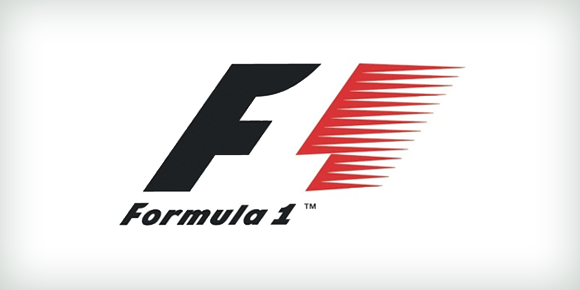 AcesHigh wrote:I wonder if they shouldn't drop calling it F1, or they will spend all their money on a legal battle with FIA which probably has the acronym as a trademark for Formula One.

As I understand trademark law, a trademark is specific to a line of business. So a fusion reactor called F1 would not infringe on a trademark with the same name for auto racing. Which is not a guarantee so idiot wouldn't try to take it to court anyway.
The daylight is uncomfortably bright for eyes so long in the dark.
Top
Post Reply
428 posts