For another boring launch I got very excited

Two of three engines failed to light on the center core and it hit the ocean at more than 300mph.

On the other hand, how cool is this?:
https://youtu.be/4nx_Xh4WW2I
Top


Center booster ran out of triethylborane and could not restart two of three engines required for a controlled decent to the drone ship LZ.


I saw the camera getting obscured, and now I wonder if that was fuel that didn't get lit.
‘What all the wise men promised has not happened, and what all the damned fools said would happen has come to pass.’
— Lord Melbourne —
Top

I am not surprised this core flew farther, faster,(almost twice as fast) and higher than any other core has been launched so far. I think they were anticipating problems with related the core and that is why the press releases were downplayed the success of a landing. Even so a job well done my opinion.
I am not a nuclear physicist, but play one on the internet.
Top

I've found nothing yet to see that TMI was actually executed. Which could mean there's a nice Tesla Roadster a couple of thousand miles up, just for the taking.
Top

They did the burn about six hours after launch. It ended up not being a proper Trans-Mars-Injection burn, however. Its more like a Trans-Ceres-Injection burn, clear into the Belt, if not quite to Ceres orbit.

I'd call that a success on showing off what its heavy lift rocket design can do, even if they did lawn dart the center core into the ocean at 500km/h due to two of the three retro-burn engines not igniting as they should have.
Top

krenshala wrote:They did the burn about six hours after launch. It ended up not being a proper Trans-Mars-Injection burn, however. Its more like a Trans-Ceres-Injection burn, clear into the Belt, if not quite to Ceres orbit.

I'd call that a success on showing off what its heavy lift rocket design can do, even if they did lawn dart the center core into the ocean at 500km/h due to two of the three retro-burn engines not igniting as they should have.

I'm a belter and I never really have been all that enthusiastic about going to Mars, anyway. Musk has shown signs of being a closet belter as well, and this may have been his plan all along. Mars has crowd appeal, but mining asteroids is a better business model.

One of the big hurdles in the Falcon Heavy scheme is fuel transfer between the cores. The Falcon 9 is well-proven, but running three together poses some special challenges. The center core must burn longer, and I'm pretty sure the scheme is to pump some fuel from the side boosters to the center one. Possibly it did not work as well as needed to allow recovery?
Top

I’m pretty sure I recall reading that they abandoned cross feed— it was adding too much complication for not enough benefit in performance.

Musk said they ran out of igniter for the engines and I don’t see a good reason not to believe him. 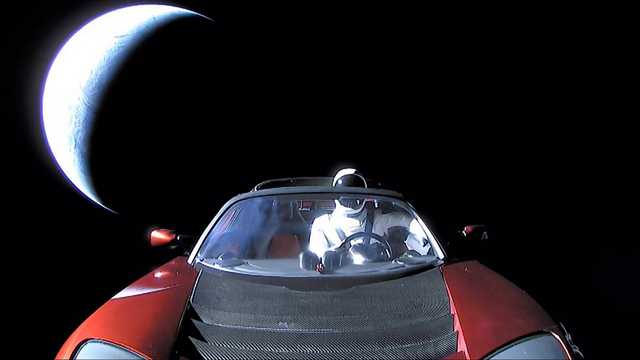 I swear I had a little tear in my eye when David Bowie came on! And then the dual(?) double(?) whatever two booster synchronous landing! I am not easily taken by emotion but that was just epic!
Sucks about the 3rd core landing, but as always, they will apply these lessons for next time and make it better.
I also hope this will cause some serious discussion about the giant pork rocket, SLS in congress! How outdated that tech looks in comparison!
Top

Yeah.. I may have watched that a few times

I had totally forgotten that!!!

And, I never knew John Candy was a voice player in Heavy Metal. I am not sure how I missed that over the years...

Thanks again!
The development of atomic power, though it could confer unimaginable blessings on mankind, is something that is dreaded by the owners of coal mines and oil wells. (Hazlitt)
What I want to do is to look up C. . . . I call him the Forgotten Man. (Sumner)
Top

This was the second test of landing with three motors running, the first was just days earlier.

https://www.youtube.com/watch?v=ImoQqNyRL8Y
a fun watch the best part is reentry of the boosters at 6 min.
I am not a nuclear physicist, but play one on the internet.
Top

This was the first thing I thought of when I saw the shot of the Earth behind the roadster. Glad to see I wasn't alone in that.
Top

ladajo wrote:Once he establishes a heavy lift to LEO and beyond, I foresee cargoes that were/are only fantasy now becoming reality in the next 2 to 3 years. Like for example, a Lagrange Station, and permanent moon facilities within the decade, with the precursor or establishing lifts done with Falcon Heavy. We are on the precipice of the next age methinks. Now, what we call it, Space Expansion, Solar Age, or whatever is not so important. It is the getting off Rock 0 in a permanent fashion.

What was impossible in Space will become easy with SpaceX BFR

Space Missions to Mars up to now have been small satellites where the entire mission was launched from Earth. The delta-V has been about 3.2 to 3.5 kilometers per second.

By refueling the SpaceX BFR in orbit and assembling a few stages in high orbit, a large chemically powered space mission can get up around 9.0 kilometer per second delta-V.

We will not need to wait decades for super-advanced space propulsion to be developed for less than 60-day trips to Mars. Elon Musk and SpaceX should have the BFR flying within 5 years.

The Mars missions we have sent have been less than 1000 kilograms but putting a few BFR payloads together could send 1000-ton Mars missions.

SpaceX is bringing the next BIG future in space.

In World War 2, after D-Day there was 8,500 tons per day of cargo being sent to the beaches. Fifty SpaceX BFR would be able to regularly shuttle that amount of material to orbit. We will be able to invade space (moon, orbits, lagrange points, Mars) the way Europe was invaded by the allies.

Power starved up to now

The low power and delta-V budgets have forced space mission planners to use slower hohmann transfers. Those are the most economical but are long circular orbits that look more like orbits around the sun than targeting a flight to Mars.

Elliptical and parabolic orbits have less curve and are much shorter and much faster trips.

NASA has calculated faster trips where a mission is assembled or refueled in high orbits.

Earth-Moon Lagrange 2 or EML2 is one of 5 locations where earth’s gravity, moon’s gravity and centrifugal forces all cancel out. It lies beyond the far side of the moon at about 7/6 of a lunar distance from earth.

EML2 would make a great transportation hub. Not only for travel to destinations throughout the solar system but also within our own earth moon neighborhood.

The SpaceX BFR will be fully reusable and able to carry 150 tons for Earth to Low Earth Orbit but it could refly once to seven times per week. So a lot of refueling missions and taking large pieces of space stations and moving large payloads between low earth orbit, high orbits, moon and lagrange points will be easy.